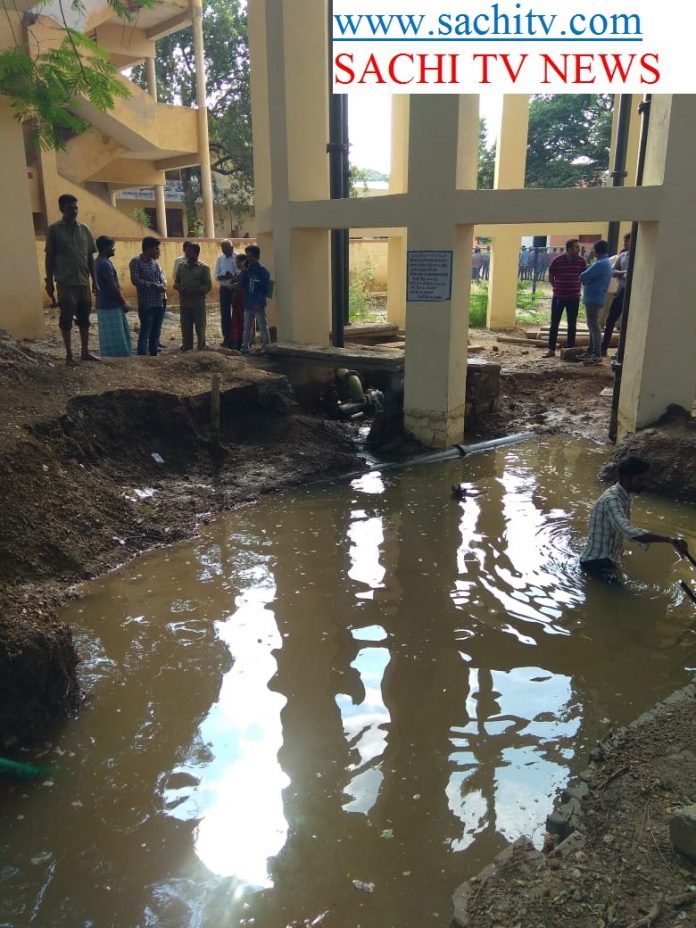 24/7 irrigation works in the city are absolutely poor. In the city, Prashanth Nagar municipal councilor Dada Khalandar demanded that the district authorities investigate and prosecute the contractors for overhead connection in the city by drinking the same water mixed with contaminated water.
The 25th Ward of the city is located near the sewer near the city’s sewage system, overhead tank connection when the pipes are not properly reassembled in which people in the area are drinking the same water mixed with contaminated water causing fungal infections around the water. Com Landara expressed outrage.
The event was attended by Jabiwullah Khalil Ahmad Dadapir Mubarak Manjappa Nabi Vinay Imran Qadar Mohammed Ali Majeed Saab Mulla.
Box column.
This problem is being caused by an overhead tank connection to the reservoir 24/7 on all sides. This is due to the old MS pipe leakage.
Purayayanthe S Lakshmi ..Nagar Municipality Harihara.