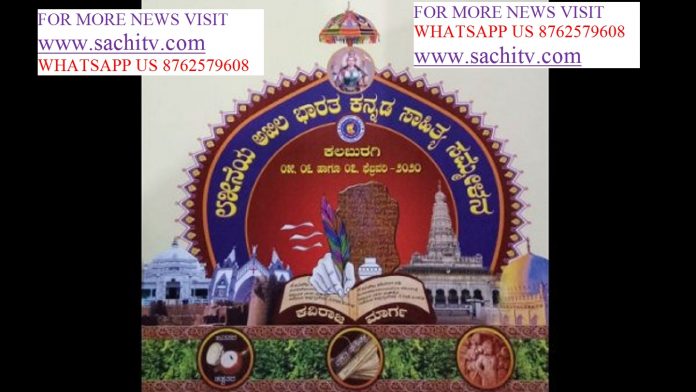 GULBARGA Decisions of the 84th Kannada Sahitya Sammelana Apart from this, the

historical sites like the Sharana Basava Temple and the Buddha Stupa are also attractive.

The District Collector, meanwhile, briefed on the preparation of the conference.

January 5: The logo of the 85th All India  Kannada Sahitya Sammelana (Kannada Literary

Conference ), which will be held in February in Kalaburagi, has been unveiled. District

Collector B Sarath released the logo at the Kalaburagi District Collector’s office.

The 85th All India Kannada Sahitya Sammelana will be held on February 5, 6 and 7 at the

The University of Kalaburagi. 16 different committees were created for the conference. A three-

day literary conference was scheduled for December. However, in the wake of the

byelection of the 15 constituencies, the literary conference was postponed.