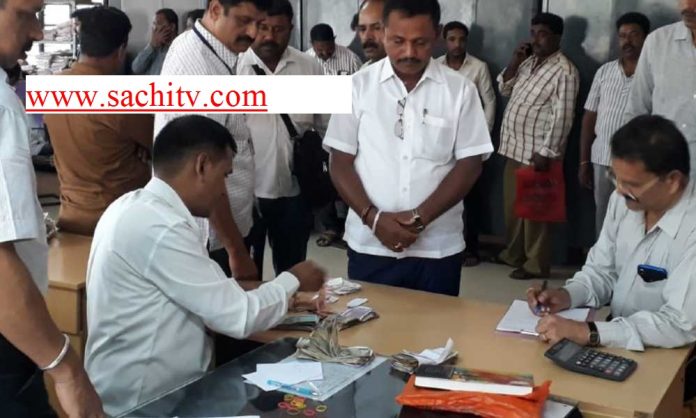 Bangalore Capital District Davangere: ACB officials raided the RTO office and seized Rs.
The attack was carried out by a team comprising DYSP Parameshwarappa, Circle Inspector Madhukumar. Agents including RTO officials have been attacked and 15 brokers have been caught in the attack. However, none of the officers were caught in the attack. of Rs. 1 lakh 76 thousand has been recovered from the agents.

We have nothing to do with this attack. You can come to the RTO office directly without any agent and apply for the required DL, LLR and vehicle registration. The service is also available online. If not, the public is going for the agents. Thus the attack has nothing to do with mana. Let the proper review take place. “Regardless of who is guilty, disciplinary action will be taken against them,” RTO NJ Banakar said.

The ACB in the RTO office, which was always busy, was storming. Hundreds of agents were daily paid by the public to make DL and LLR. The only question now is whether the attack will break the agents at the RTO office.

The public has been seized by brokers who are doubly priced to make DL and LLR from the public and have been seized by them.
Brokers who took advantage of the new Motor Vehicle Act were being paid twice as much by the public. According to the complaint, the officer was attacked today for allegedly defrauding the public in the last 15 days. The current question is whether the attack will break the agents of the RTO office.