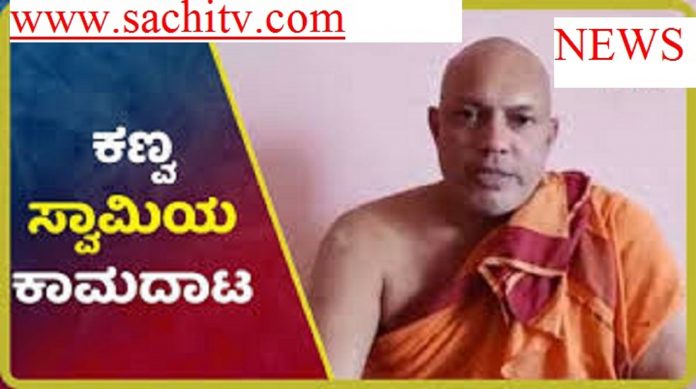 Talk about the audio being released,

message to a woman of Mysore-based women’s WhatsApp number

… Video and audio are viral everywhere.
what photo video was sent.

The plot has not been delivered to you. All this is a conspiracy.

These are the people who are upset when I mount this pedestal.

They have conspired against me.

Through the Mutt Trust,

we will get the help of the devotees and investigate this

but Swamiji Tells that Someone is Trying to Destroy

my Name and frame so

they are taking advantage of this Audio And Making

Viral I am totally innocent

someone in my voice spoke and released the audio.