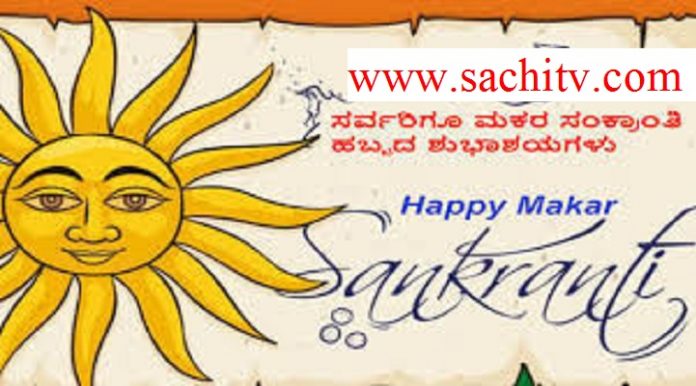 Makara Sankranti or Maghi is a festival day in the Hindu calendar, dedicated to the deity Surya. Makar Sankranti is an annual Hindu festival which is observed as per the solar cycle. Celebrated on January 14, it marks the day of the sun’s transit into zodiac sign Makara (Capricorn) which means the end of winters solstice and the beginning of longer days. it is also called a Kite festival The festival has its origins in Gujarat and it is celebrated with great enthusiasm by people.  On this day people get-together on the rooftops with their family and friends and engage in friendly kite flying competitions, dances, and bonfires. They also relish on sweets made of gud (jaggery) and til (sesame) apart from other traditional delicacies like jalebi, fafda and undhiyu among others.

At Sabarimala Kerala, you can See Jyothi today

This is also considered an auspicious day by people as they believe that whatever task they begin or perform on this day will be fruitful. While the festival is called Makar Sankranti in West India including the states Gujarat, Maharashtra, and Rajasthan, it also is known and celebrated by other popular names throughout the country. For instance, it is called Maghi in North India (which follows right after Lohri); in Andhra Pradesh, Karnataka and Telangana it is celebrated as Pedda Pandaga; while in Assam it is celebrated as Magh; and in Tamil Nadu, it is called Pongal.

we I wish you and your family happy Makara Sankranti…It is observed each year in January. It marks the first day of the sun’s transit into Makara, marking the end of the month with the winter solstice and the start of longer days.

Welcome To Coronavirus by youth we don’t require any test and...