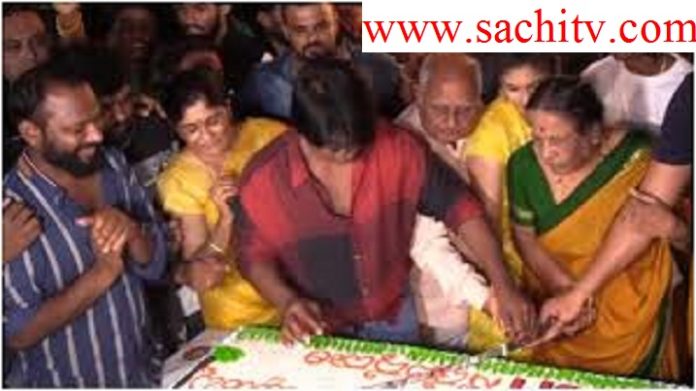 Another controversy Dunya Viji on birthday: Actor who made a cake cut at Talwar

None of the weapons are publicly available and cannot be displayed. It would be an Arms

Act Audi offense. But in VG Talwar, the cake is cut and tucked away. The video has now

gone viral and DCP Rohini Sepat, who has seen the video, has instructed Girinagar police to

investigate.Dunia Vijay, who cut the cake in the sword, celebrated fans | DUNIYA VIJAY

Bangalore, has drawn another controversy. Birthday cake is also made on the birthday of

cutting the cake at Talwar.