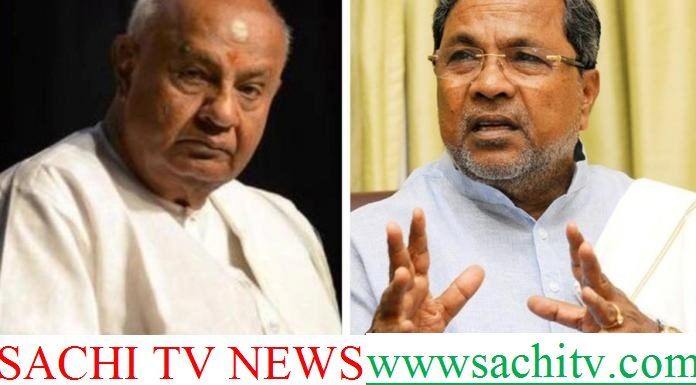 Siddaramaiah is preparing for the general election after the BJP government is overthrown. Kumaraswamy

Siddaramaiah is preparing for the general election, overthrowing the BJP government. Former chief minister Siddaramaiah, who has accused by Kumaraswamy. He alleged that this was the case for Deve Gowda’s household.
Former Chief Minister Siddaramaiah, who spoke to media in Yogi-Belgaum city. Yeddyurappa has to resign with moral responsibility when the BJP loses in the midterm elections in the Fifteen Assembly constituency. Then I said, with the intent that we face the election. JDS MLAs are getting ready to leave the party. The desire for power is celibacy. Kumaraswamy became chief minister as we cooperated for 14 months. Asked if he would have to resign on the first day, he said, “I will give the government money, and we will fight if the Indira canteen government does not shut down.

All India Lock Down Watch Video till the end till how...