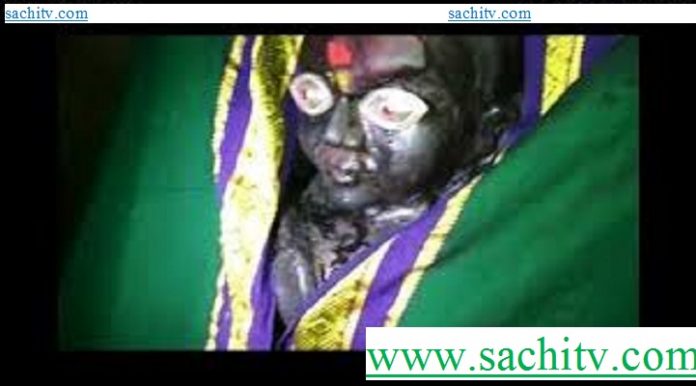 The sinners who burned Gramadevata to the ethnic cleavage
Devanahalli.

Yes, there is a village, Devanahalli taluk in Bangalore Rural district, in Yaliyur village of Channarayapatnam, Hobali, for about two years, the village god Shri Veeranna Swamy was the subject of a God-fearing rivalry between the ballad and the weak. Valmiki society in the village has alleged that last night, on the night of November 5, somebody had burned the idol of Sri Veeran Swamy, the deity of the village.

Ramesh, a resident of the same village, said that the Swami, who had a history almost a year ago, belonged to the Valmiki race of the Scheduled Tribes.
Complaints were lodged at police stations and taluk offices,
The leaders and officials of the village went to conciliation, but to no avail, they all came to a tentative conclusion that one god was a god and another was a god. Similarly, I took on the responsibility of worshiping the new idol, worshiping the Lord in our old home.
It was a Kannada Rajyotsava ceremony in the village on November 1, when the villagers said that Sri Veerannaswamy had burnt the deity and on the same day, on the same day.
Bite: Ramesh Valmiki is the leader of society

At the same time, Indramamma spoke and said that our elders went to the oxen trade and worshiped the God who came to the Valmiki race as a miracle.
Recently, the leaders of the village talked about bringing a new god. When the new god was made, it was not allowed to be kept in the new temple. Take it all and worship it. Similarly, Ramesh was worshiped in his old house.
The elders came to the conclusion that the festival of Sri Veeran Swamy was done by the Goddesses. The Goddess is not limited to ours but to all the people.
Indramma Yeliyoor Gramaste. Spoke

Shri Veeranna Swamy, the village god of Yaliyur, has been the victim of gross communal hatred, causing the entire village to wait for the village to be unharmed.