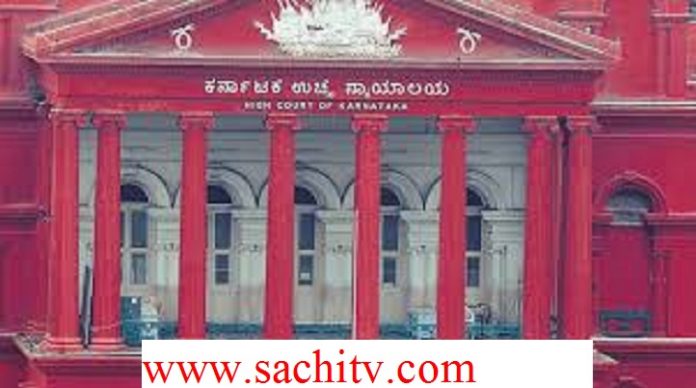 The Karnataka State High Court has granted Rs. Has been fined.

The Karnataka State High Court has bribed various media outlets for Rs 73 lakh. Has been fined.

The media house that was hit by the High Court was the English daily Deccan Herald and Kannada television news channels B-TV, TV-5, and Digvijaya Channels.

Total of Rs. 73 Lakhs in addition to. The court said it owed unconditional apologies for publishing and disseminating a false news report.

The High Court of Karnataka on Tuesday imposed a total cost of total ₹73 lakh on an English daily newspaper and three Kannada television news channels to accept their unconditional apology for publishing and telecasting a false news report under the headline “₹9 crores seized in a raid on the judge” on December 16, 2019
The court observed this and proceeded with the proceedings. Because of false news about judges, they were found guilty under the 1971 Contempt of Court Act against these media.
A division bench comprising Chief Justice Abhay Srinivas Oka and Justice Hemant Chandangouder issued the order.

The media organizations have agreed to publish the news without any reports, any source, and no verification. It is alleged that these media outlets have agreed to pay a court-ordered fine for damages to the judiciary due to false news.

The Deccan Herald English newspaper, which published this false report, has accepted an unconditional apology and paid a fine of Rs 30 lakh.