Former Home Minister MB Patil has asked DKC to address the issue of phone eavesdropping on a phone investigation. He was speaking at a press conference at the A Phone Tapping : Do not speak lightly to lure Deve Gowda : M.B Patil’s answer to D.K Shivkumar SACHI TV Featured, Political News 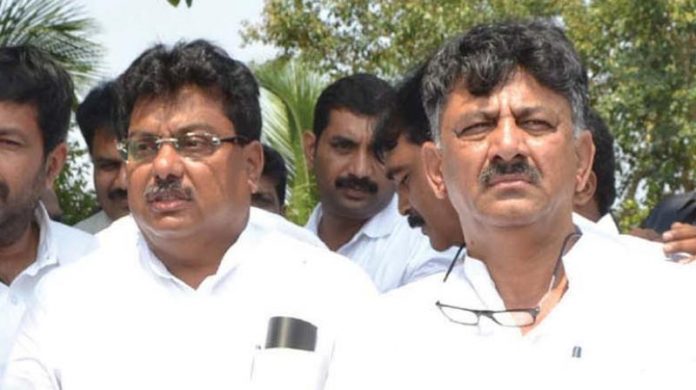 Former Home Minister MB Patil has asked DKC to address the issue of phone eavesdropping on a phone investigation. He was speaking at a press conference at the Athani Tourist Park after visiting the flood-hit areas of Athani Taluk.

MB Patil made a statement to DK Shivakumar’s statement that the phone was being emasculated during the tenure of Home Minister MB Patil during his tenure in the coalition government over the phone issue of some of the most prominent politicians in the state.

When I was Home Minister, there was no phone eavesdropping. Why did you say there was phone eavesdropping during my period? I and DK Shivakumar are in the same party. DK Shivakumar is a misunderstanding. No question of politics. This may have been said to unite the Deve Gowda family on a caste basis. Shivakumar is an influential leader, and I am also a responsible leader. “I would like to advise you not to speak lightly about me,” said DKS, a former home minister, MB Patil Tong. If the phone is bugged, it will be a high-level investigation, a 3-month investigation report to the government, where the authorities know if the mistake was made, or if I was involved. DK Shivakumar may wish to embrace the elephants or to embrace H D Kumaraswamy, or to embrace Deve Gowda. I am confident that Kumaraswamy has done such a thing. DK Shivakumar asked me to speak carefully when speaking against me.