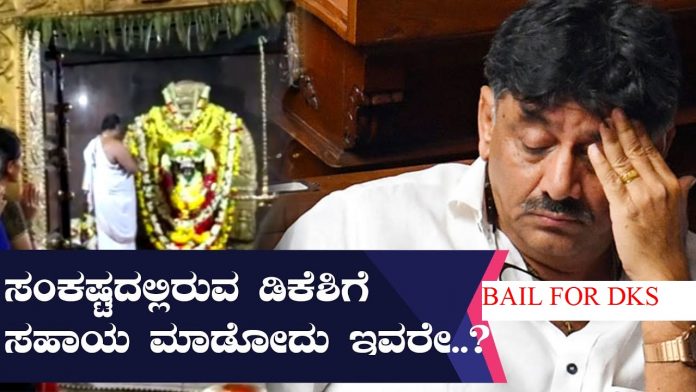 DK Shivakumar’s release today is what his mother did

Former minister DK Shivakumar has been sent to Tihar jail after falling into ED Case. Dikshit’s mother Gowaramma has asked God to grant him bail means they had offered Pooja to god for the grant in bail after the court has set a bail hearing and awaits the verdict.

The Goddess is none other than their home goddess kekreamma

The court has ordered that Shivakumar cant go Abroad or leave India without the permission of the court’s bail bond of Rs 25 lakh plus two Main sureties.

The income tax department has accused DK and his alleged associate S K Sharma of indulging in transactions involving huge and huge amounts of unaccounted money on a regular basis through ‘hawala’
Congress calls him and mostly he is called troubleshooter MR  DK Shivakumar he was arrested by the Enforcement Directorate (ED) on September 3 in a money laundering case and was in Tihar Jail under judicial custody.

Tax Department had filed a charge sheet by the Income against DKS and others last year before a special court in Bengaluru Karnataka on charges of alleged tax evasion and ”hawala” Money transactions worth crores of rupees.

watch the video for full and More Details

beware Your mobile phone can spoil your intestines

Obese food Some fatty foods need to be consumed. They play...