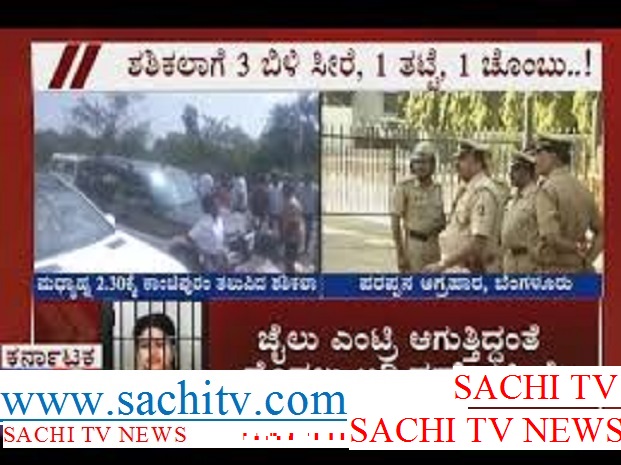 unaccounted property of Sasikala close to Jayalalitha if you know the value you will be shocked
V K Sashi kala is now in Parappa na Agrahara JailExplained in 5 points: Sasikala’s ‘benami assets’ worth Rs 1,600 crore seized by I-T
As VK Sasikala is over halfway through the completion of her four-year jail term in the Disproportionate Assets case,The assets were allegedly purchased by VK Sasikala in the name of benamis like her driver, assistants, etc. the Income Tax Department has attached assets belonging to Sasikala worth Rs 1,600 crore, under the Benami Transactions (Prohibition) Act, 1988Nine properties, located in Chennai, Puducherry, and Coimbatore, Most properties are in Tamil nadu were procured soon after demonetization in November 2016 when Prime Minister Narendra Modi declared that the two high-value notes of Rs 500 and Rs 1000 are not legal tenders, they said.

Sources said these alleged ‘benami’ assets were purchased by Sasikala by using about Rs 1,500 crore of demonetised notes and the assets were taken under fictitious identities..

The properties were allegedly purchased just after demonetisation in November 2016, using demonetised notes, by Sasikala in the name of benamis.

So how did the Income Tax department zero in on these properties, and what are the charges against the jailed aide of former Tamil Nadu Chief Minister Jayalalithaa? Here’s a quick look: