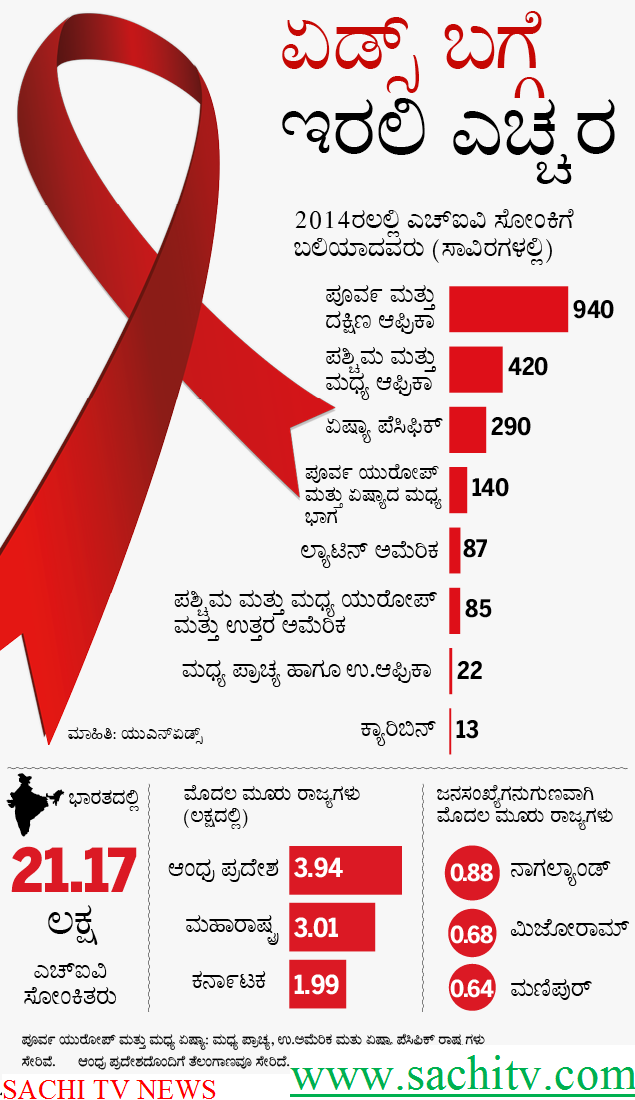 Globally, the number of HIV-infected people has plummeted because people are not aware of the growing awareness and fear of the disease. In 2004, the number of deadly HIV-infected people fell by 42 percent. Flu-like symptoms disappear in most individuals within 1 to 3 weeks after being infected with HIV and will heal in a few days or weeks. In HIV, those symptoms are usually as follows.
Fever, fatigue, sores in the mouth and throat, headaches, arthritis, and skin itching have also increased in some areas. HIV (Human Immunodeficiency Virus) is commonly thought to be the cause of AIDS. There are two main types of this virus. HIV is HIV-1 and HIV-2. The most common type is HIV-1. HIV is a virus of the genus Lentivirus (belonging to the retrovirus family). There is a need to take further care of this.
Globally, the number of HIV-infected people globally has declined as people are wary of fear of HIV.

The rally was organized by various departments and various organizations in Belgaum as part of World AIDS Day on 1 December.
The World AIDS Day was organized by the Belgaum District Department of Social Welfare, Women and Family Welfare and various organizations to raise awareness about AIDS. The Jatas were run by Rajendra Kevi, CEO of District Panchayat. This awareness was followed by the office of the District Collector and the Channamma circle. The event will raise awareness of the effects of AIDS, the types of transmission and how to control it. In this case Dr. Various departmental officials, including Narutti, Dr Anil Karalu, Dr, Shaileja, were present.

WATCH VIDEO BEFORE IT DISAPPEARS

Buffalo race Kambala is an annual buffalo race held in the southwestern...