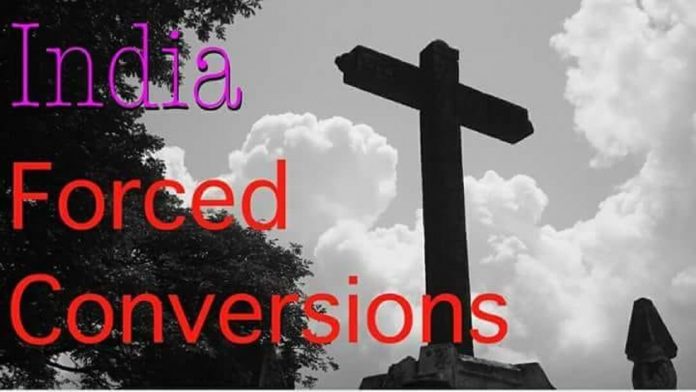 Forced force Acting as soon as the news of his conversion to convert the news than the quota to move on to the police to the spot as soon as the lure is exposed to forced conversion to convert Hindus to Christianity a group of six people=were arrested. A local resident accused the Christian missionaries of helping local forced conversion missionaries. The police seized a car and pamphlets during the raid, and the case is under investigation.
Hindus, Hindu organizations and policemen were at the spot

In the wake of the 8-year-old girl’s assassinated case an agitated...