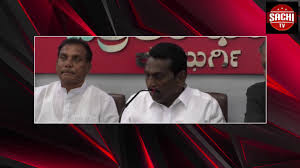 Sitharaman condemning the Union government’s release of low-level relief to the state.

who arrived at the airport in Hubli. The central government has released a limited number

of neighbors by displaying posters. More than 100 protesters were arrested by police. The

months. Thus the pressure for relief across the state was loud. The leaders of the self-

government were turned against the center. In response to this demand, the central

Sitharaman said the funds would be released

For More details watch video below

If you are a Kannada favorite person watch video news