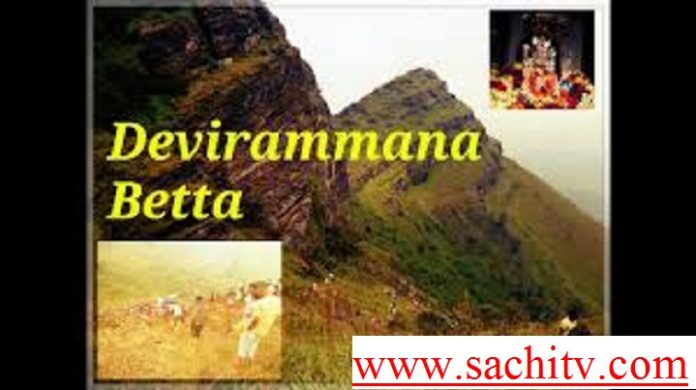 Deviramma Betta is a hill temple in Chikmagalur

deity. Deviramma Betta is a hill temple in Chikmagalur it opens only for one day in the