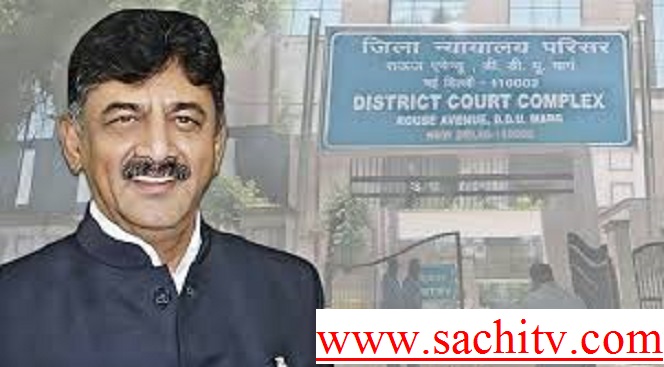 Before Sending DKS to jail he was in RML Hospital and he was discharged and sent.

Shivakumar, arrested by the ED 3 in a money laundering case, was on remand in judicial

custody by a Delhi court. Shivakumar was in the ED custody since his arrest.

Shivakumar, anyhow was admitted to Ram Manohar Lohia Hospital after the court directed

the ED to take him for a complete check-up. now his Health is ok bp sugar are in Normal

cheated 1500 Crores at Bangalore for Bangaloreans

P. Chidambaram is also in Their Jail in cell number 8

Vishwanath has a nest for summer, rainy season and winter