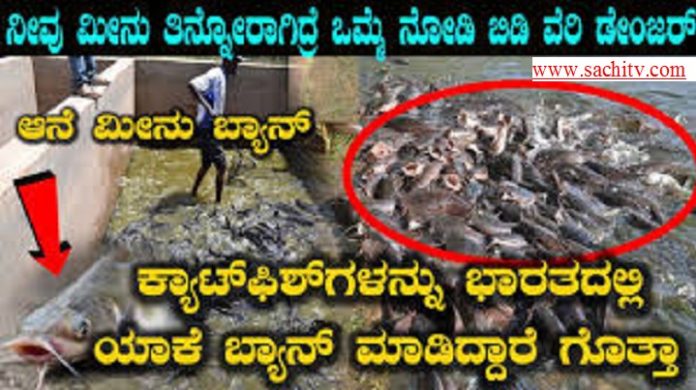 The ban has been imposed on African Catfish, which has to introduce in India  The reason for the ban was that breeders were using chicken waste as their feed which was polluting the water bodies and eventually the pollution was waking way to larger bodies.

The ban has been imposed on African Catfish, which was introduced in India. They could feed on anything, could grow anywhere and grew and multiplied fast-growing breed, so, they held great commercial income to the breeders. But once released to water bodies, they could grow fast and since they are carnivorous, they fed on both the inhabitants and their food, leading to the extinction of indigenous species. This has become a matter of concern for environmentalists and the call of the hour is to protect our species from extinction to this. The fishes should have been limited to the only commercial, where they are bred for the market, but they have made their way to our lakes, river, and ponds tank.

The first ban was imposed in 2000, because of all the above reasons, and has come into effect once again now Across Country. Although the government has put a ban on them, they are still at large and eradicating them completely is not easy. They are a highly invasive species and their comeback is highly probable even after clearing all the water bodies of them.
The Farming method normally they have to feed the catfish with Chicken and others rotten and Chemical Substances so Human being eating of this fish is Dangerous to the human body at a long Run all kind of side effects are taking place So farming of this Fish is Dangerous
Farming of Catfish is illegal in India