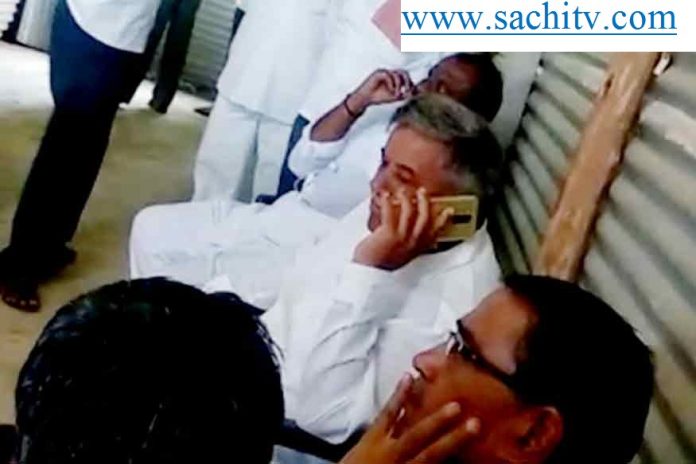 Flood victims who Locked and arrested BJP member in the shed
at Blgavi An incident where a BJP district panchayat member who had come to campaign for a reason for not getting relief from the government was Locked in Jhanjarwada village of Athani taluk in Belgaum district.

It is said that Siddhappa Mudakannavar Sheddah, sitting at a short distance, called Tahsildar to solve the problem.

District Panchayat member Siddappa Mudakannavar had campaigned on behalf of Athani’s BJP candidate Mahesh Kutamalli. The villagers who were outraged because they were not properly compensated by the government of flood relief  Member Siddappa  Locked at Mudakkan’s jungle shed.

It is said that Siddhappa Mudakannavar Shed, who was at some point of trouble, called Tahsildar to settle the matter. The BJP said later it would respond to the problems of flood victims. P. Member Siddappa Mudakannavar promised. About an hour later, the Zunjarwada villagers released the members from the shed of the District Panchayat member.

benami property of Sasikala close to Jayalalitha if you know the...