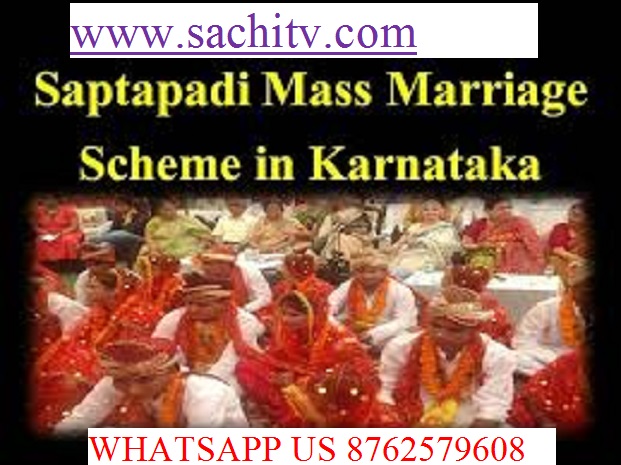 Rath Yatra for Saptapadi ‘project promotion.Government-sponsored marriage for the bride and groom.

Free Marriage Vivaha Bagya Saptapadi Scheme if bride and groom get married
Bangalore:
In addition to the dress and groom’s gift to the bridegroom, the temple authorities are also making arrangements for the relatives of both sides. March 27 is the last day for this mass wedding to be registered. A campaign rally is being launched to inform the public about this. Muzarayi minister Kota Srinivasa Poojary says the Rath Yatra will be inaugurated on February 13 at Kollur Mookambika Temple
Said.

The Muzarayi Department has been credited with the success of the Saptapadipi mass marriage scheme, which was initiated by the government itself to avoid the financial burden of poor and middle-class families. A campaign rally is being launched to inform the public about the mass wedding ceremony on April 26 at 100 prestigious temples in the state.
Cloth, gold, utopia are all from the temple ..!

know about the TikTok app by the video story What is...