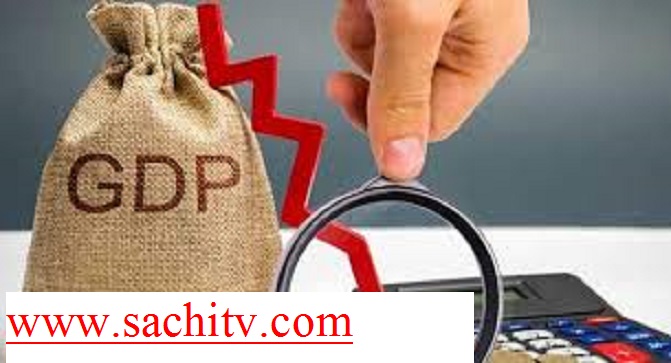 GDP growth drops to 5% from 5.8%: Is India staring at long spell of slowdown?Who is responsible for destroying economy, asks Priyanka Gandhi as GDP growth falls to 5%

Congress General Secretary Priyanka Gandhi. (Reuters)
Congress General Secretary Priyanka Gandhi on Saturday hit out at the central government over recent GDP growth number which came down to 5% in the first quarter of 2019-20. With this rate, India’s economic growth dropped to an over six-year low. Gandhi held the Modi government responsible for the sharp decline and asked it to clarify who has destroyed the Indian economy.

In a tweet put out today, the Congress leader said that it was clear from the recent growth rate that the BJP government has punctured the economy. She further said that neither the economy was not the rupee was in good shape. “Employment too is missing. Now clarify whose deeds have destroyed the economy?” she asked.

Gandhi had also attacked the government for the rise in banking frauds. Citing the Reserve Bank of India’s annual report in which it said that bank fraud had risen in the last year, Gandhi said: “In 2018-19, the theft increased further. The banks have lost Rs 72,000 crore. But who is the guarantor who is allowing such a big fraud?”The grand old party also said that the economy was heading towards recession, therefore financial emergency should be declared in the country. “The Country is heading towards a major recessionary phase. This is a classic case of recession under expansionary trends, i.e., whenever there are three continuous quarters of growth recession (reduction in growth quarter on quarter), the chances of slipping into a full-blown recession is significantly higher,” the Congress said.

On Friday, the Congress in a detailed press statement also raised the banking frauds issue and said: “Frauds in the banking system shot up by 74 per cent to Rs. 71,543 Crore in 2018-19 compared with frauds worth Rs. 41,167 crore in 2017-18.” It further stated that the central bank data has revealed that 27,125 cases of bank frauds of a whopping Rs 1.74 lakh crore were reported in the past five years. “Do this amount similar to Recapitalization of Banks? Why suddenly now so many cases of frauds are out? Is it an indirect way of looting taxpayers money?” it asked