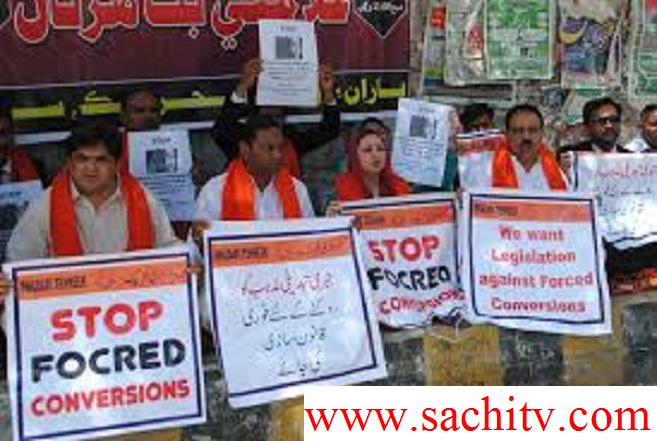 ISLAMABAD: Pakistani police say it has been revealed that a Hindu woman has been abducted and forcibly converted to Islam after marrying a Muslim girl. It is revealed that the police in Pakistan is helping the Hindus to persecute Hindus.

The wedding of a young woman, Bharati Bai, took place in the town of Hala in the Mathiyar district of Sindh province. Some perpetrators abducted and forcibly converted her. An American-based organization reports that after several days she was married to a Muslim man.

According to the organization, 1000 Hindu women aged 12 to 28 are abducted and converted to Islam every year in the Sindh province of Pakistan.

While many have been teaching Hindu-Muslim goodwill, in Pakistan, there has been a wave of conversion and conversion on minorities other than eggs. According to a US-based organization, 1,000 Hindu women are abducted and converted annually in the Sindh province.