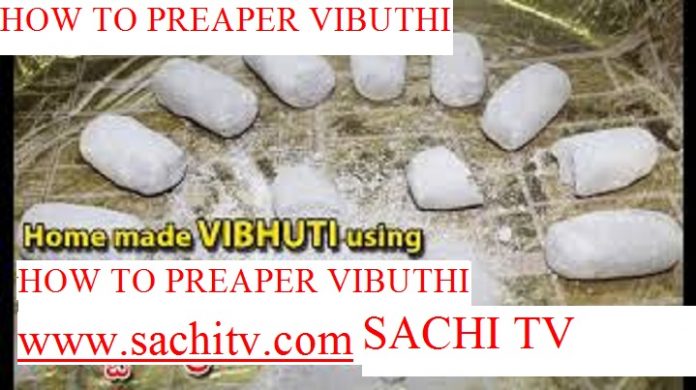 Preparation of Vibhuti How and why Vibhuti is done by Hindus

How to make Vibuthi and why Hindus wear vibuthi

Vibuthu Basma, Vibhuti (vibhūti, Bhasma (ash), Vibhooti) is the sacred ash which is made

India where it has came for Ancient histort , Vibhuti is used bu Lord Shiva Devotees to

please the God, Normally who traditionally has three stripes on his foreheads Hindu

horizontal lines across the forehead and other parts of the body to honor Lord Shiva.

purifies the soul elevates the devotee of Lord Shiva . There are many methods for the

various mantras to be recited during applying Vibuthi

Corona! A deadly virus attacked Pak Do you know how many...

benami property of Sasikala close to Jayalalitha if you know the...