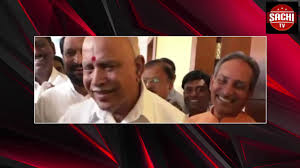 Huge convention of young BJP activists. BY Vijayendra, son of Yeddyurappa, the Chief Minister of the country

roads of the town of Mandya Krishnarajapet. In the districts of Mandya, Mysore and

Chamarajanagar, I work for the BJP as an ordinary worker, not as the son of the chief

minister. I have never forgotten the love and affection of the people of Mysore and Mandya

district. The soil and water of the Mandya district has a potent power. My father was born of

the peasant struggle. Yeddyurappa, who began his political career as a member of the

municipality after fighting against Shivamurthy, a tyrant who had tortured the masses in

Shikaripur, has been serving as the chief minister of the state for four terms. The pulse is

H.D. Yeddyurappa, who has contributed two chief ministers, including Kumaraswamy and

DV Sadananda Gowda, is not against the opposition. With the JDS being extinct in the

state, the Congress is on the path of decline in the country itself. The situation, however,

election and emphasize the holistic development of the taluk. Adopting the principles of

equality for all, equal for all. Yeddyurappa, dreaming of touring the state and working for

the welfare of Karnataka, has never dreamed that the people of the state and the flood

victims would be unjust. The JDS and Congress leaders have not heeded. I have never

abused the power of being the son of Chief Ministers. I have worked for the youth power of

the country and worked for the BJP. KRPete bye bye in the bypolls, BJP won the truth. BJP

political maneuver in the district. KR Patey presided over the function of BJP president