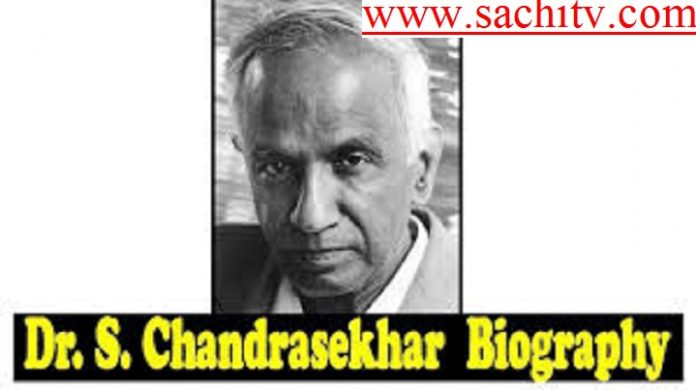 in just Seven Rupees Dr. S. Chandrasekhar went to the USA came out as  FRS American astrophysicist of Indian origin

Seve Rupees Dr. S. Chandrasekhar, Indian-born American astrophysicist who, with William A. Fowler, won the 1983 Nobel Prize for Physics for key discoveries Subrahmanyan Chandrasekhar FRS was an American astrophysicist of Indian origin who spent his professional life in the United States.  He was awarded the 1983 Nobel Prize for Physics with William A. He was the third of ten children in a well-educated family: his mother was a translator, who taught her children to read, while his father was Deputy Auditor General of the Northwestern Railways. The Nobel Prize-winning physicist C. V. Raman was his Loved father’s brother. As a young boy, he was home-schooled by his parents and private tutors. In 1929, aged 18, he wrote his first academic paper, The Compton Scattering and the New Statistics. Subrahmanyan Chandrasekhar was an astrophysicist. He discovered that massive stars can collapse under their own gravity to reach enormous or even infinite densities. Today we call these collapsed stars neutron stars and black holes.