According to the latest figures released by the government, the Indian economy has been growing at its slowest pace for almost five years. The new numbers are a India no longer world’s fastest-growing economy SACHI TV Featured, Latest News, Political News 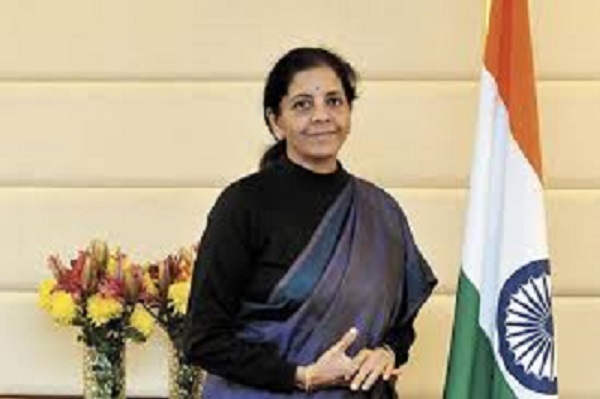 According to the latest figures released by the government, the Indian economy has been growing at its slowest pace for almost five years.

The new numbers are a cause for concern for Prime Minister Narendra Modi, who took up his second term on Thursday, writes the BBC’s, Sameer Hashmi.

India is no longer the fastest-growing economy in the world. And it will be a challenge for the new Finance Minister Nirmala Sitharaman, the only woman to hold the post of former Prime Minister Indira Gandhi.

Ms. Sitharaman led important ministries such as trade and defense during Mr. Modi’s first term. But it chooses things at a time when the economy is weakening. 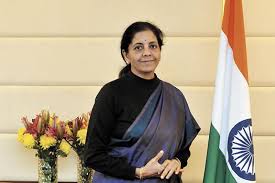 Where are the jobs?
The immediate concern will be to restore confidence in the economy.

“It is important to strike a balance between short and long term priorities,” says economist Dharmakirti Joshi.

One of the most pressing challenges is job creation.

Mr.Modi’s biggest criticism during his first term was the inability of his government to create jobs. According to a government report, unemployment between 2017 and 2018 reached its highest level in 45 years.

Mr. Joshi believes that the government should focus on labor-intensive sectors, such as construction and textiles, to create more direct jobs, but also in areas such as health, to create long-term jobs.

“The government wants to expand its plans for health care and social assistance, and in addition to doctors and surgeons, we also need paramedics and nurses,” he said.

The weakness of exports was also an obstacle to job creation. The government must prioritize strategies that increase the competitiveness of small and medium-sized enterprises.

Unlike China, India’s economic growth over the past 15 years has come from domestic consumption. However, figures released in recent months suggest that consumer spending is slowing.

Sales of passenger cars and SUVs fell to their lowest level in seven years. Sales of tractors, motorcycles, and scooters are declining. Demand for bank loans has collapsed.

Gaurang Shetty, vice president of a brokerage firm, said the government should also consider reducing personal and corporate taxes in the upcoming budget, which will be announced in July.

“It will boost the economy,” he said.

However, India’s budget deficit of 3.4% – the gap between government spending and revenue – may limit Mr. Modi’s potential.

According to experts, widening the budget deficit could slow growth in the medium to long term.

The agricultural crisis
This is a constant challenge for Mr. Modi during his first term. Farmers across the country are regularly demanding higher crop prices and loan exemptions.

The BJP has pledged to extend to all farmers a system that provides income support to small and medium-sized farmers.

“Income support is a temporary solution, but not a long-term one,” Joshi said, adding that the agricultural sector needs structural change.

Today, farmers sell their products to government agencies at a steady price. Joshi wants farmers to have direct access to markets and sellers.

Repairing the country’s agricultural sector is a long-term requirement. More than half of India’s population is dependent on agriculture, making farmers an important constituency.

However, experts hope that the overwhelming majority of the BJP – the party coalition, which gains 354 of the 545 seats in the lower house – can pass reforms to turn agriculture into a modern industry.

The impetus for privatization
One of the BJP’s key commitments was to spend $ 1.44 billion (£ 1.14 billion) on the road, rail and other infrastructure. But many observers say the large sum will come from the private sector.

Modi has made little progress in its promise to sell state-owned companies, including the indebted national airline Air India.

“Indian stock markets are optimistic and the recovery is likely to continue for some time, which is the right time to sell stocks to losers,” he said.

Private investment has declined in recent years and India’s impressive economic growth over the last decade is largely due to public spending.

However, experts say more needs to be done to attract private and foreign investment – and it must be done quickly.

“The first two years are the time to bite the bullet, it will take some time for the results to show, but it will make a huge difference to India’s overall growth,” Joshi said.

How is the Titanic ship at sea now for hundreds of...