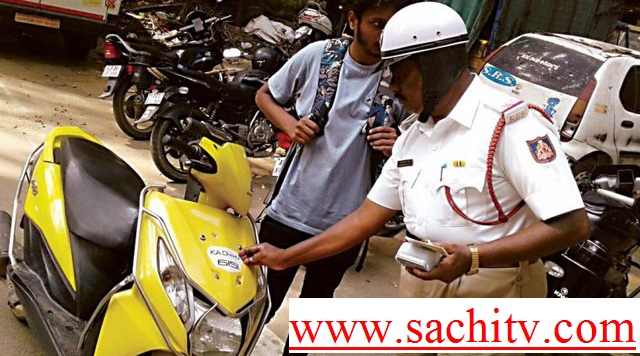 Is Fancy number plate is allowed for vehicles in Karnataka

In spite of the mentioned norms many non-government vehicles, private vehicles, taxis and other vehicles are seen displaying tags on their number plates like ‘Bharat Sarkar’, ‘Karnataka Sarkar ‘, or ‘Government of Karnataka’ Plus other similar tags. This is illegal and owners of such vehicles are liable to face action under the MV Act.

According to the MV Act, any Government official or Government employees are strictly not allowed to display their designations on non-government vehicles Across India.

Commissioner of Police, having vehicles without number plates   The drive will be launched in all Police Commissionerate jurisdiction.    vehicles with defective
Fancy number plates is an offense and will be assumed to be used for illegal activities.
The Police will seize all vehicles,
Commissioner has appealed to the public to display the number plates on their vehicles clearly.
so soon Vehicle Owners be ready to keep number plate incorrect manner keep insurance DL etc correctly

only English vehicle registrations from 0-9 should be used across India. In cases where one is insistent on a vehicle registration plate in the local or Reginal language, the English equivalent must also be displayed as this helps with easy identification for Police RTO, etc

The Congress free India will soon be embodied

At Park, a girl was bitten by a snake so that...