Belagavi Bangalore New Delhi: Laxmi R Hebbalkar is a politician of the Congress party. She has won MLA elections from Belgavi Vidhan Sabha Assembly in 2013 and Kanakapura to belgaum SACHI TV Latest News 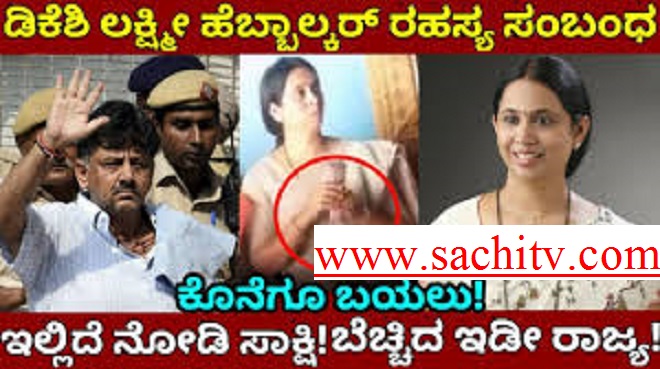 Belagavi Bangalore New Delhi: Laxmi R Hebbalkar is a politician of the Congress party. She has won MLA elections from Belgavi Vidhan Sabha Assembly in 2013 and 2018 Rural Congress MLA Laxmi Hebbalkar was asked to appear before Enforcement Directorate officials ED  for questioning. The Directorate of Enforcement

It is also a part of the Department of Revenue which comes under the Ministry of Finance, Government Of India.
The ED has its Headquarters at New Delhi and the Director of Enforcement is the chief. totally in INDIA, There are five regional offices at Kolkata, Mumbai, Chennai, Chandigarh, and Delhi headed by Special Directors of Enforcement.

Doddalahalli Kempegowda Shivakumar  Called dks is an Indian politician from  Karnataka and also a member of the Indian National Congress, he was also the minister of irrigation in the cabinet. Previously he served as the Minister of Energy in the Government of Karnataka

ED sleuths are likely to question Congress MLA DK SHIVAKUMAR for Ballari power plant construction plus business dealings in the LED bulb contract and Many other financial Transaction s between these two.

The Congress MLA of Karnataka, who is very close to senior Congress leader DK Shivakumar, LAXMI HEBBALKAR TOLD   she will appear before the ED as required on notice. The former Minister also is said that to have made a telephone call to Hebbalkar during the income tax raids on him.2017  It is not known if the ED has known in terms of financial pr unpolitical bank or cash check transaction between the two as Hebbalkar is a known protege of Shivakumar from years, The Business relationship between the two is leaked by ED officers
ED officials are interrogated in a money laundering case? for more details see video below Share this Video to all

Treatment for Parkinson’s in Bangalore

Watch the video story of how Darshan become Sandalwood Hero as...