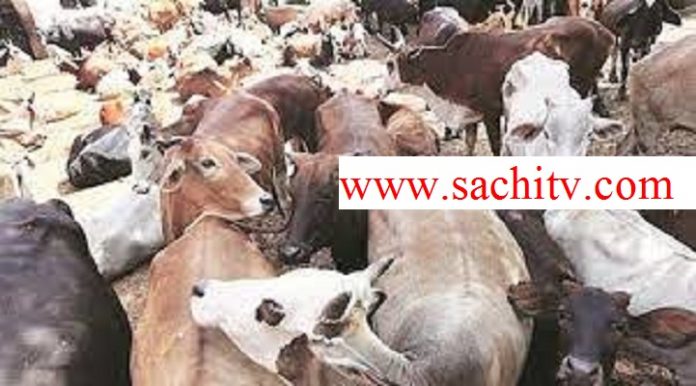 Let the central government abolish beef exports  challenge
BJP’s Dongi Hindutva:
BJP is using Hinduism for political selfishness and doing injustice to Hindus. But Srirama Sena is ready to fight for Hindutva. Local legislators who have gained political status under the name of Datta Peeta are saying that the BJP will resolve the controversy in 24 hours. Previously, the BJP government had been ruling the state for 5 years. He was then a minister. The lawmakers who have done nothing, are now stalking against the defending MLA of Chikmagalur constituency, CT Ravi, claiming that the Datapet issue was once again going on during the election.

Pramod Muthalik said BJP is Dongi Hindutva. They have no real concern for Hindutva. Srirama Sena’s national president Pramod Muthalik has spoken out against the BJP, saying that the BJP only boasts of Hindutva for the purpose of voting.

The moral of talking about Go protection is not BJP. The BJP is ruling at the Center. India is the largest exporter of beef in the world. The ruling BJP-led BJP has challenged the government to abolish beef exports if it is in trouble.
Pramod Muthalik was speaking to reporters after attending a meeting of Shiv Sena leaders in central Karnataka in Chikmangalore.

According to Hindu mythology, which is the true original birthplace of...