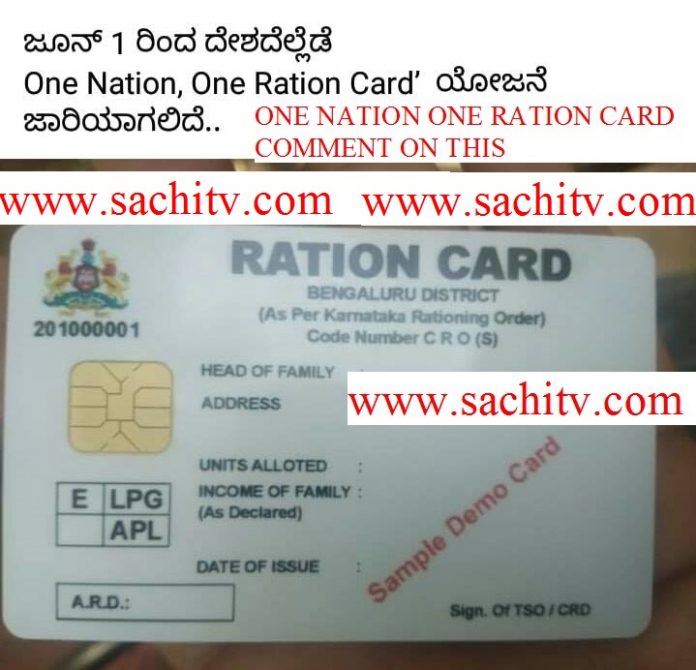 ‘One nation, one ration card’ across the country from June 1

Government’s ambitious’ one nation, one ratio.

One Nation, One Ration Card ‘s plan to be launched June 1 across India: Ram Vilas Paswan

Union Minister Ram Vilas Paswan on Monday said that the ‘One Nation, One Ration Card’ scheme will be implemented by June 1.

“We will implement the ‘One Nation, One Ration Card’ scheme by June 1 in the entire country. Under this scheme, a beneficiary will be able to use the same ration card across the country,” Paswan said while speaking to reporters. Here.

Countrywide ‘One Nation, One Ration Card’ from June 1:

The government’s ambitious’ one nation, one ratio.

A boy Used to Stay in Ladies hostel as resident What...