Anchor Harihara The incident of a mild lathi-lash incident by the police on Saturday took place after several Hindus demanded the clearance of Muslim BandhaR peace meeting with the two leaders Hindus and Muslims SACHI TV Political News, Video News 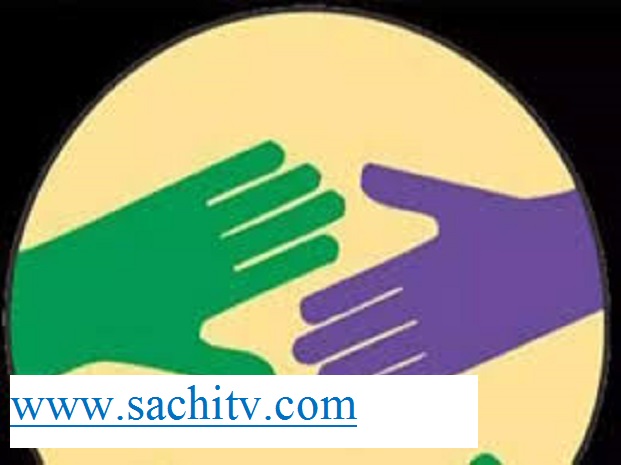 Anchor Harihara
The incident of a mild lathi-lash incident by the police on Saturday took place after several Hindus demanded the clearance of Muslim Bandha’s festival Eid-Milad on the city’s main roads and temple road.

Former MLA, BP Harish, district panchayat member BM Vaheeswaswamy and G.P. Leaders of the BJP, the Bajrang Dal, the RSS, the Hindu Vigilance Forum and the Hindu Organization, led by former President Viresh Hanagawadi, have urged the police to clear the buntings on the temple road.
Some Muslim youths have gathered at Temple Trekkadu on the occasion of the incident. MLA S Ramappa has come to the spot and let the festivities take place once a year.
But the situation has only worsened when the leaders of the pro-Hindu organization have not agreed to it and they have all started shouting slogans of Bolo Bharat Mataki Jai Singar Mataram Jai Sriram.
Already a large number of Muslim youths have gathered
Someone had burnt one of the buntings on the same road at the time. The clash had begun.

District Superintendent of Police Hanumantaraya
District Superintendent of Police Hanumantaraya, who had arrived at the scene, had received the information from ASP Rajeev, who had been mocked at the spot by DySP Manjunath Gange. He then announced that he would one day issue an interdict in the city on his orders.
Then the CPI held a peace meeting with the two leaders Hindus and Muslims in their office.
During this time, SM Vasanth, LB. Hanumanthappa, Abid Ali, K.Marideva, Altamash, Babulal, Raju Rokade, Chandrasekhar Poojary, Bhati Chandrasekhar, N. Rajinikanth, Auto Hanumanthappa and many Hindu and Muslim leaders participated in the peace conference.

WATCH VIDEO NEWS FOR MORE DETAILS BELOW AND SHARE