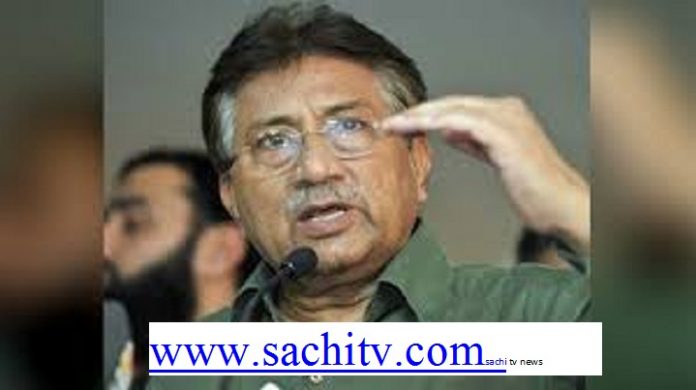 Former Pakistan dictator Pervez Musharraf has been sentenced to death by a special court.
Pakistani media outlets have reported that a three-member bench headed by Chief Justice of Peshawar High Court, Waqar Ahmed Seth, on Tuesday issued a verdict on the long-running sedition case. Musharraf, currently residing in Dubai, was a Pakistani dictator from 1999 to 2008. On March 31, 2014, the court identified the accused. In September of the same year, the government submitted the full documents to the court. The trial took a long time as many indictments were filed on various forums. Musharraf fled Pakistan in March 2016 The indictment against Musharraf was set up by Justice Seth under Justice Najar Akbar of the Sindh High Court and Shahid Karim of the Lahore High Court. The trial court had reserved its verdict on November 19. However, just days before the final verdict, the ruling Pakistan Tehreek-e-Insaf filed a petition with the Islamabad High Court seeking direction to postpone the court’s verdict. On December 5, government lawyers filed a fresh appeal before the court, arguing that the state’s lawyers presented their arguments before a special court. Tribunal adjourned to D-17. It was then said that the verdict would be heard and the verdict would be issued. Today, the jury’s verdict is out.

The case was filed against him in 2013 after he returned to Pakistan after four years of self-imposed exile to contest a parliament to “save” a nuclear-armed state ruled by Pervez Musharraf. In this, he faced charges of suspending, repealing and repealing the Constitution, imposing a state of emergency in November 2007, and acquiring judges of Pakistan’s top courts.

Pakistan’s former President Pervez Musharraf has been sentenced to death by a special court Tuesday for treason. He was the first former military ruler to be prosecuted for treason.

Musharraf left Pakistan for the second time in March 2016 for “medical treatment” after Pervez Musharraf stepped down as president in 2008. He was declared a fugitive in the case.