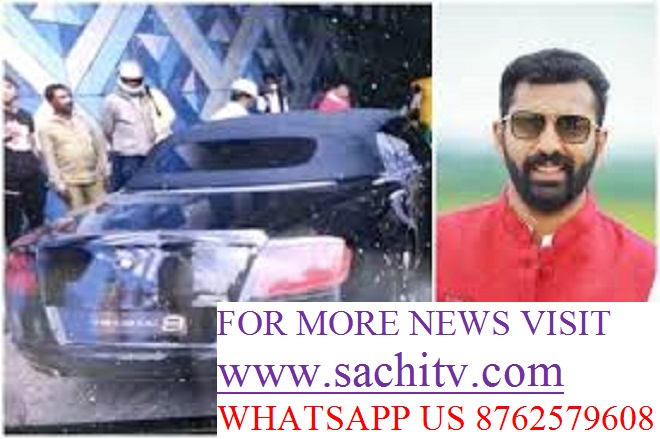 Bengaluru, A serial accident had happened at the Mekhri Circle underpass in the city

Mohammed Nalapad, the son of MLA NA Harris, was jailed for 116 days for violently assaulting a young man in a bar in Nalapad, about 18 months ago. Based on some video footage and information, Nalapad was driving the car and he fled the car after the accident. But staff have been said to be hesitant about taking action.

Mohammed Nalapad, son of MLA NA Harris, drove a Bentley car. No car bearing registration TS 09 UC 0009 The motorbike and autorickshaw hit the underpass. Auto driver Suheel, and auto passenger Sabiha and her six-year-old son were injured. The first information report states that the driver of the car was speeding and careless and that he had fled after the accident. People spotted Nalapad’s cousin Rafi Mohammed Nasir and his bodyguard Balakrishna on the spot.

No one has been arrested so far as Mohammed Nalapad, the son of MLA NA Harris, drove the Bentley car, and many wonder if political influence has worked to protect Nalapad.
Gun Man Balu came and told the Court that I have driven the car But Police Witness and Video says That Nalpad has Driven the car. Balu is trying to Destroy the witness Police says

at Bigg Boss house what they were doing inside see details