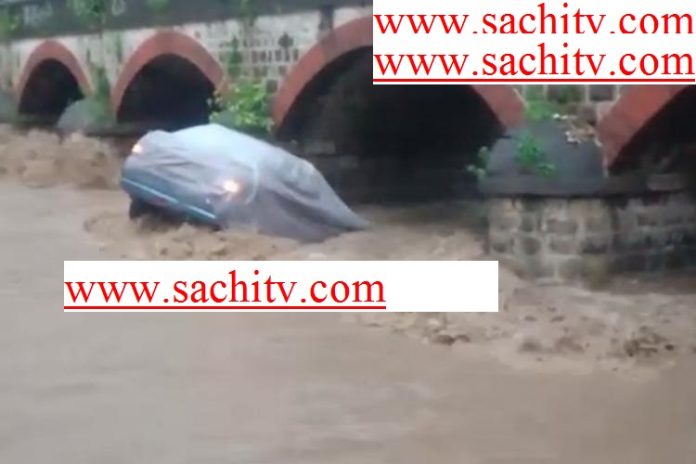 A 13-year-old boy has washed away in a canal in the Haveri district of Hirekerur Town. Soheb Ranebennur, a boy of a class seventh standard student from Hirekerurs Azadnagar, had gone to the canal located near the districts. he had gone to watch Durgamba Lake the water flow. Officials have suspect Saheb may be slipped into the canal due to the force of the huge overflow of water and it is believed to have been washed away. Hirekerur Town Police have Lodge a complaint regarding this and told that one fire engine and a team of 10 firefighters are currently looking for the body of Saheb
Many houses in the city of Harihar Area Guntur have been completely submerged in the state’s health center in Taluka, which was flooded with rains on Friday night. More than a hundred homes are flooded and residents are draining water. Patients have been struggling at night since rainwater rushed into the hospital

Every time it rains, the inhabitants of the place feel hell. The lack of a proper drainage system for rainwater has caused the rainwater to enter the house and create a drain.

Most of the people living here are living and working in the backyard where the houses have been flooded with water and kitchen appliances have been waterproof.

Residents here urged us to live in hellfire and have a good drainage system and rainwater flowing smoothly. Many times the locals appealed to the people’s representatives to no avail.