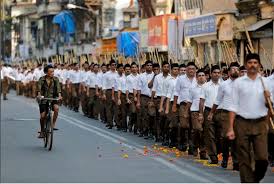 RSS made a huge trajectory in the district

RSS in Bidar district made a huge trajectory in the district