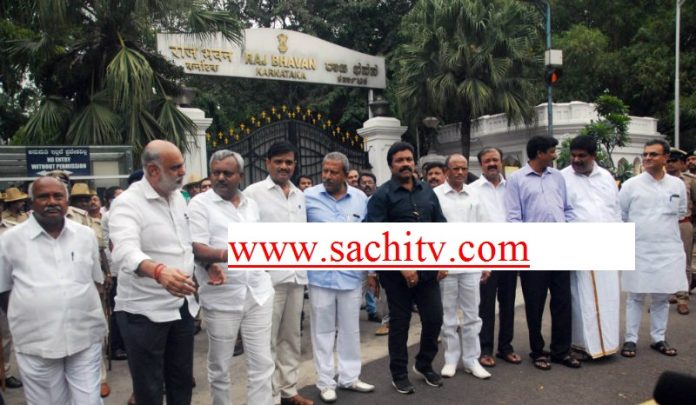 BANGALORE NEW DELHI: 15 ministers have got big relief. The Supreme Court on Tuesday

legislator was challenged by the Supreme Court

of the case is finalized. Empty fields cannot be left empty for more than 6 months. Thus,

the Supreme Court order must be published within 6 months.

. But refused a quick inquiry.  Though the case came up for hearing on the 16th, the case

was postponed due to a backlash from the trial. Thus the trial commenced from the 22nd.

The commission was set to hold a single-phase election for 15 constituencies in the states.

The 30th was the final day for submission of the nomination. October 3 was the last date to

withdraw the nomination. The voting process will be held on October 21 and the results will

be announced on October 24, the commission said. Thus, if the case is not settled within

30 years, the disqualification is likely. , which has called for an election after the case has

been adjourned, adjourned the hearing to 22nd.Preparing to run the vane conducted by the

As per the Election Commission’s announcement, Hirekuru’s undefeated MLAs BC Patil, MTB

Sudhakar of Chikkaballapur, Shivaram Hebbar of Yallapur, Roshan Begum of Bijapuram In

and Narayana Gowda of KR Pate.

can we keep milk for 6 months without boiling or without...

at Bigg Boss house what they were doing inside see details