BANGALORE On 15th August 1947 after the country got freedom from the British rule. Indians have witnessed major changes in their lives. No doubt, life in severa selling pakodas is employment yes or no do you agree or disagree SACHI TV Latest News 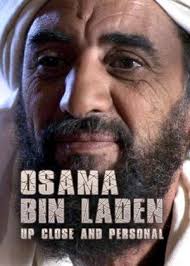 BANGALORE On 15th August 1947 after the country got freedom from the British rule.
Indians have witnessed major changes in their lives.
No doubt, life in several rural parts of the country are yet to get basic facilities like water and electricity,
but it is also a fact that many cities are now being compared with New York or Bangkok.
Be it physics, maths, medicine, chemistry, literature, music, film, sports or space,
India has achieved new heights. Scroll down and know one of the greatest achievements of India in different fields.

If Congress has not done anything in 70 years, then who does

During the past 70 years, India overcome different hurdles and Indians earned global recognition in various fields.
This Independence Day, don’t just celebrate the freedom, but take pride in what India has achieved in the past 70 years.

India has gone through several changes over the years. From the political arena to the social life,