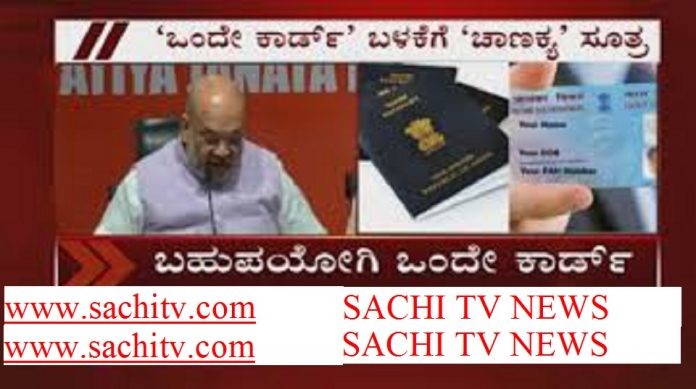 Union Home MinisterAdhara, Passport, DL and Voter ID are all on the same card:

Amit Shah Union Home Minister has proposed a single identity document in the whole country,
Concluding to that the same card will have a voter ID.  passport, and Adhara card,

This system is needed for Adhara, passport, bank account, driver’s license and voter card will all be on the same card and it will be a VIDEO ID card.
The mobile app will be used to collect data from all sources.
the government to solve many problems like the census would be conducted for the first time in India

This should be automatically updated in all data
. He also told that the National Population Registration would help Process