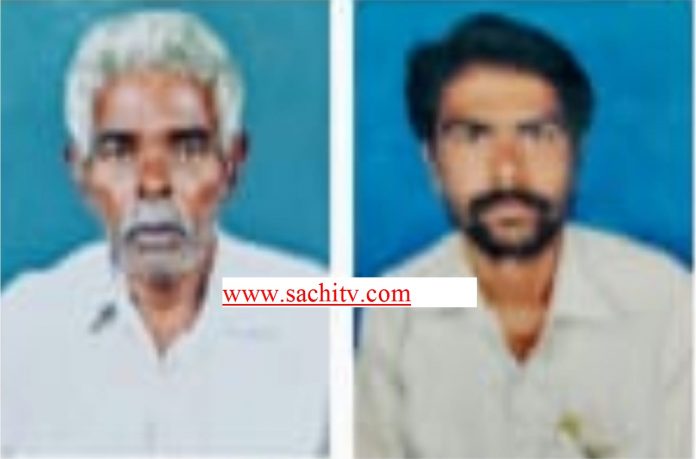 The bond between the son is exemplary for modern youth,

In the modern world, the legacy of respecting the Guru-Hari is diminished. Reconciliation between the father and the children has completely eroded and the houses are becoming fields.  A father-son relationship that does not leave him in death

In the midst of all this, it is natural that the patriarchy of Shravanakumara would be a boon for today’s race.

But the father of the Muslim society Karimsaaba Babalala Kasara and son Gauz Kasara of Naganur PK village in Athani Taluk.

Sunday The. Karimasaba Kasara (72) was 15 years old when he died. The death of the father has caused the son to be heartbroken as he learns of his father’s death – the ravages of poverty, the labor of the children who have been forced to eat, the recent flooding and the falling of water. Gus Kasara (41), who is living in this area, was found dead at his father’s house when he went to work for someone else. The tragic death of the villagers surrounding him has caused an unbearable pain to hear of his father’s death. As the news of his father’s death spread across the surrounding villages, his father-in-law, deputy chief minister, Saputra Chidananda Sawadi, president of Krishna Cooperative Sugar Factory Said. Later on Sunday evening, the funeral of the elder brother – son of a father – was held in Khabastan as per the custom of Muslim society.

The older sister – the son of the father is permanently in a deep sleep.

pairs behavior has been condemned by the public