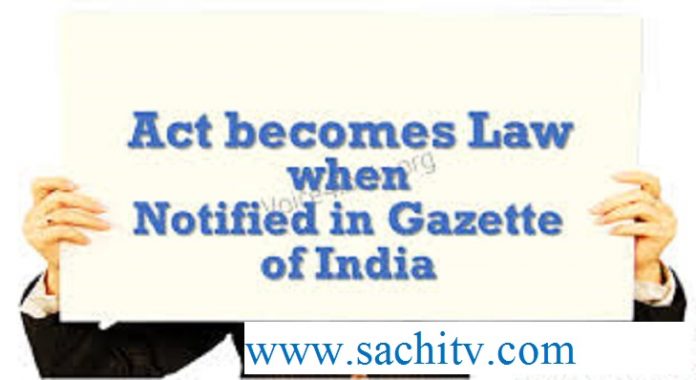 The Citizenship Bill Law in enforcement from today A notification has been published in the Official Gazette of the Central Government.

NEW DELHI: President Ram Nath Kovind on Thursday gave his assent to the Citizenship (Amendment) Bill, 2019, turning it into an act.

According to the Act, members of Hindu, Sikh, Buddhist, Jain, Parsi and Christian communities who have come from Pakistan, Bangladesh and Afghanistan till December 31, 2014, and facing religious persecution there will not be true.