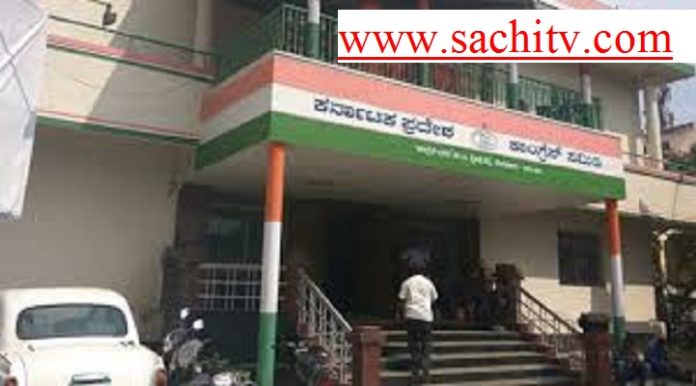 Anchor Harihara
Senior Congress leader and former district panchayat president A Govind Reddy said the taluk congress party is not using the senior party adequately and has been using several seniors including us only during the election. use and through policy

“I have been in the Congress party for the last four decades,” he said at a press conference at the city’s Structured Sports Trust auditorium on Tuesday, calling it the opposition leader’s choice. But the senior party leaders have been ignored recently, he said.
The state Congress is in the process of selecting the Leader of the Opposition and General Secretary Madhu Sudan Mistry is collecting the opinion of MLAs and original Congressmen on the orders of the High Command.
However, the most senior party in the party has urged the High Command and MLAs to make the party leader and HK Patil, a veteran leader who has worked for the party, without giving up many positions in the party.
HK Patients who visited Taluk in a private event last month also visited our house. In that case, I have appealed to the party loyalists and the elders to give them tickets if there is any future elections.
I am also a strong aspirant of the Congress party in the Harihar Assembly constituency and have already conducted preparations.
Responding to reporters questioning the scandal that Harihara constituency’s election is being done on a pure caste basis, Reddy reiterated how I had previously been elected to the Primary Land Development Bank and the District Panchayat.
Referring to the recent Lok Sabha polls, he said that Hinduism is not just a matter of Hinduism, but also of Hinduism. All Hindus have fallen behind Hinduism.
Responding to a question from reporters who had recently questioned the Congress party’s plight, he expressed confidence that one day there might be another party.
Arjun Saw Pawar, Raghavendra Meherwade, Ananda Reddy, Ravi Nandigavi, Venkayya Reddy were present at the news conference.