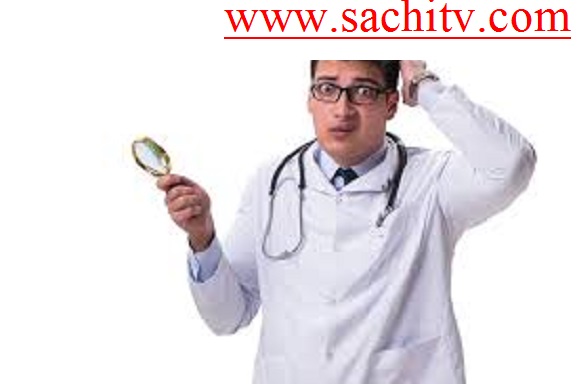 District Collector Mahantesh Belagi told the officials that the people in the district would come to the place where the officials were in charge and all the officials would go to the people and listen to their problems in the next few days.
Speaking at the Jana Mandapana meeting, which was held on Monday, she said people are coming a long way to claim their hardship. But the common grievances of the people of the district were aware of the problems and formed a team with the district and taluk level officers in the next few days to go to the people and resolve the issues.
There are over 900 medical units in the district and some laboratories and doctors are not registered under the KPME Act. Nor is medical disposal adequately disposed of. The number of fake doctors in the city is also on the rise, appealing for them to be prosecuted and prosecuted.
Sheriffs respond and provide information about such medical units and fake doctors. Immediate action will be taken immediately. He said the team will work closely with district authorities and health officials to ensure that appropriate action is taken.
Citizens of SOG Colony, Ramanagara, Basava Buddha Nagar, Pamenahalli and progressive organizations have been demanding the city’s SOG Colony for the last 20 years. The cemetery in this part of the country has many electric lamps, and there are many misconceptions about the lack of streetlights. So they visited the colony and inspected it and requested for proper accommodation.
According to Metropolitan Commissioner Manjunath Bellari, there were 41 wards in the city, which are now 45 wards. When the district officials were informed that proper facilities were being provided on the availability of grants, the sheriffs responded and said that they would go back and visit their colony in the coming days and provide them with proper facilities.
HK Vishwaraju of SPS City told me that for the past 7 years, the right side of the body has not been able to move from leg to head. There is a lot of physical and psychological violence. Also, I have wasted over a lakh of money by saying there maybe magic. He appealed to me to provide a proper solution to my health problem.
The district officials responded and summoned the Superintendent of the District Chegate Hospital and examined the health issue of this person and decided what to do next.
When the women of the Honnur Gram Panchayat requested the e-asset of their home, Nagaraj, the secretary of the GRP, cried out that they had spoken inappropriately and requested that they be sketched as soon as possible.
Earlier, when I visited them, the Grama Panchayat officials were asked to carry out surveys and make e-assets. Not working though. When District Secretary Nagaraj attended the meeting as the District Secretary had asked the Secretary to issue notice and issue a notice, he warned that disciplinary action would be taken against him once again. The Secretary of the GRP responded by saying that the work would be completed as soon as the sketch copy arrived.
Parusuramarappa of Nittambulli in the city has been eligible for old age pay since 2007 and has not been given any pension. Only last month the former pension fund requested. Sheriffs responded by saying that the pension, which was not previously granted, cannot be given in law. He said that the pension is currently coming and that there will be no further problems.
The city’s social worker MS Mallikarjuna, the city’s city manager, Annapurna, has filed a government tree forging false documents and appealing for action.
District officials responded and instructed the commissioners at the meeting to review the matter and take appropriate action if false documents were found.
CR Krishnappa from Godavalli village of Channagiri taluk, Nuggihihalli village No.70 / 3 & 74/4 Lakshamma Co. CR Krishnappa on this farm is the main power line of Bescom, which is the home of the farm and crops of the farm. Survey was requested to provide a solution.
District officials promised that action would be taken in consultation with Bescom officials to provide appropriate relief.
K. Hanumanthappa from Kumbalur village in Honnalli taluk has taken up jewelry and crop loans at Canara bank, Harilipuram, not a crop waiver. The bank does not issue the jewelry even though we are told that we will pay off the loan amount. At present there is a marriage in the house, let alone jewelry

If You Are That Farmer Or Farmer Son Watch Full Video...