Harihara Anchor One of the many government schools which, under the rule of British rule in the mid-century, was founded in the early days of the elders and sti The school has a good academic atmosphere with its old history SACHI TV Latest News 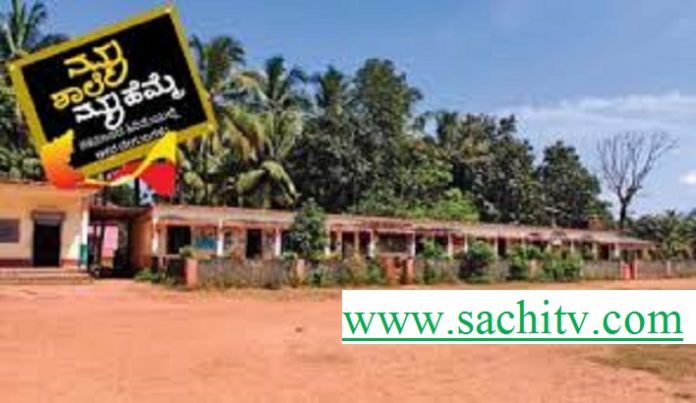 Harihara Anchor
One of the many government schools which, under the rule of British rule in the mid-century, was founded in the early days of the elders and still shines in the light of day. It is our attempt to identify and introduce Urdu media government schools of this century.

Malebennur Gram Panchayat range with a very wide range. Prof. The school is a century-old senior school with a background in sovereignty. The school is in the central part of the surrounding rural area. The school, which was opened in 1918, was responsible for the management of the Anjuman Institute in its early days. Initially, there were 1100 students. Urdu language files have been available since the 1950s, even though the school has no old records. According to senior teachers, this is the central school for students from the surrounding area of Malabennur.

Since the school compound is small as a state highway development in front of the school, night time illegal activity is sometimes used to enter the school premises at night and engage in illegal activities. Gurusree award teacher Mahmika Rajeeq Ullah informed that in the past, the idea of educating SMART was under the cooperation of the Department and MLA S. Ramappan.

The school is one of the oldest in history and has a good educational environment. The cooperation of donors and parents has been initiated by LKG and UKG with over 100 students. Old Vidya says that new building is hit regarding this reports  have done  with Sachi tv M A Advani Executive Editor Sachi tv
Bytes
The school has been tasked with a good educational environment in rural areas. Teachers are working hard to make educational progress a necessity for quality education.

“Our school has a very good team of teachers, all of whom are giving greater attention to the academic development of the students and the spirit of the school around them,” he said.

WATCH THIS VIDEO FOR MORE AND FULL DETAILS

Not getting Yanne anywhere | prepare Wine Yanne at your house |...

Kiran Gowda is a social worker who is always on justice...