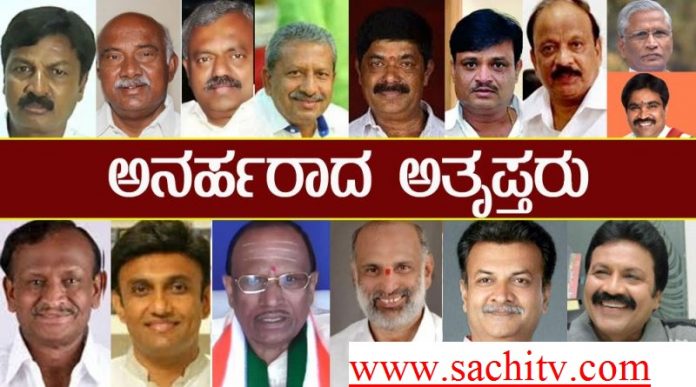 The validity of the order of the former Speaker of the Legislative Assembly (KR Ramesh Kumar)
The petition filed by 17 unqualified MLAs has been postponed to the Supreme Court, challenging the validity of the order of the former Speaker of the Legislative Assembly (KR Ramesh Kumar).
The court said Monday that the hearing of the disqualified MLAs would be taken up from today. Justice NV Ramana-led Trinadasamy Divisional Bench will hold hearings on this important petition tomorrow. Ineligible lawmakers have already moved to Delhi in the wake of the court proceedings.
Though the Election Commission has agreed to change the date of the by-election, the court is displeased with the Congress’s move to keep the High Court up. There will be a lengthy trial as there are many confusions in the case, including the resignation of MLAs, disqualification, the Defendants’ Bill, Speaker’s authority, Operation Lotus, and the question of contesting the by-election of undeserved MLAs.
The Supreme Court’s inquiry has become increasingly important when the Central Election Commission has already announced the by-election scheduled for 15 constituencies of undeserved MLAs in the state.
The Central Election Commission has appealed to the Supreme Court to urgently hear the petition of undeserved MLAs. Meanwhile, senior advocate for the Congress, Kapil Sibal, has appealed for a month’s postponement of the MLA’s petition. Ineligible lawmakers have also urged the court to urgently investigate.
Due to the Ayodhya case hearing, the Supreme Court has refused to hear the urgent hearing of the petition. Now, the hearing of the disqualified legislator has come to trial as the trial of the Ayodhya case has been completed.
The main appeal of undeserved MLAs is to repeal the Speaker’s order and allow them to contest by-elections. The Congress party and the former speaker have appealed for the Speaker’s verdict to disqualify the lawmakers who caused the collapse of the majority alliance government in violation of the Prohibition Act.
The verdict on the petition hearing in the Supreme Court will decide the political future of undeserved MLAs and the BJP government led by CM Yeddyurappa in the state.

55 Indian Historians who fought against 300 Chinese soldiers and killed...