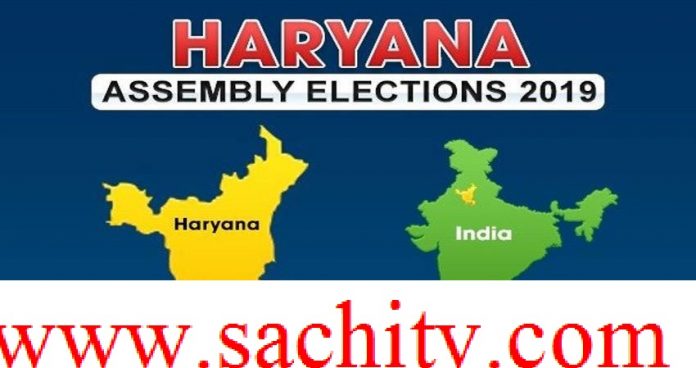 To whom does Haryana seat?

watch the video for More details  and share to all
To whom does Haryana steer? The results of the Maharashtra and Haryana assembly elections are being announced and the BJP is leading in two states.
The counting of votes began at 8 am and in Maharashtra, the BJP and the Shiv Sena were leading in 179 seats, the Congress in the CPI (87) and the other 15 seats. In Haryana, BJP has won 44 seats in Congress, 30 in Congress and 16 in other constituencies. This is the first Assembly election since the Lok Sabha elections in April last year. In Maharashtra, the Shiv Sena and the BJP have made pre-election alliances while the Congress and the NCP have formed alliances.

Of the 90 assembly seats in Haryana, the BJP and team are in 39 seats and the Congress and team 30. To form a government of any party, a simple majority of 46 seats are must required.