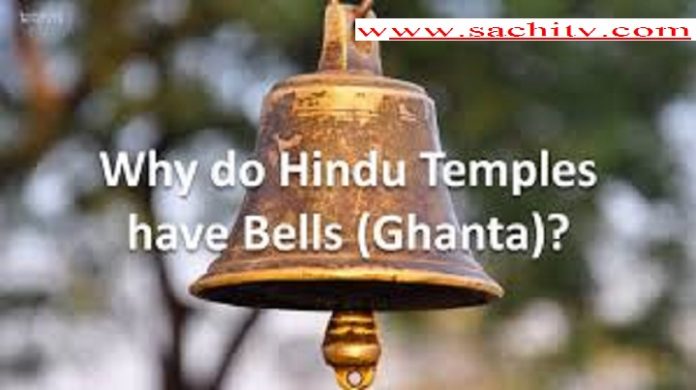 why bell at Hindu temple

The ringing of the bell produces regarded as an auspicious sound. It produces the sound

Om om om, the universal name of the Lord. There should be auspiciousness within and

without, to gain the vision of the Lord who is all-auspiciousness.

to God.” … The science behind the bell: The bell is not made of ordinary metal panchaloha

The bell is made from a mixture of metals such as cadmium, zinc, lead, nickel, chromium

and manganese-all elements. There is a reason for making a sound bell. The way the metal

is mixed in the bell is really great. When the bell strikes, your brain emits a tone on the left

and right sides.  activates the brain cells That is why the moment you hit the bell produces

a long and jagged sound for seven seconds. Every sound of this goes and reaches the

cycles of your body. When you hit the bell, you will have the experience that alerted your

soul. the Lazy ness in Children and adult also goes away so children can also concentrate